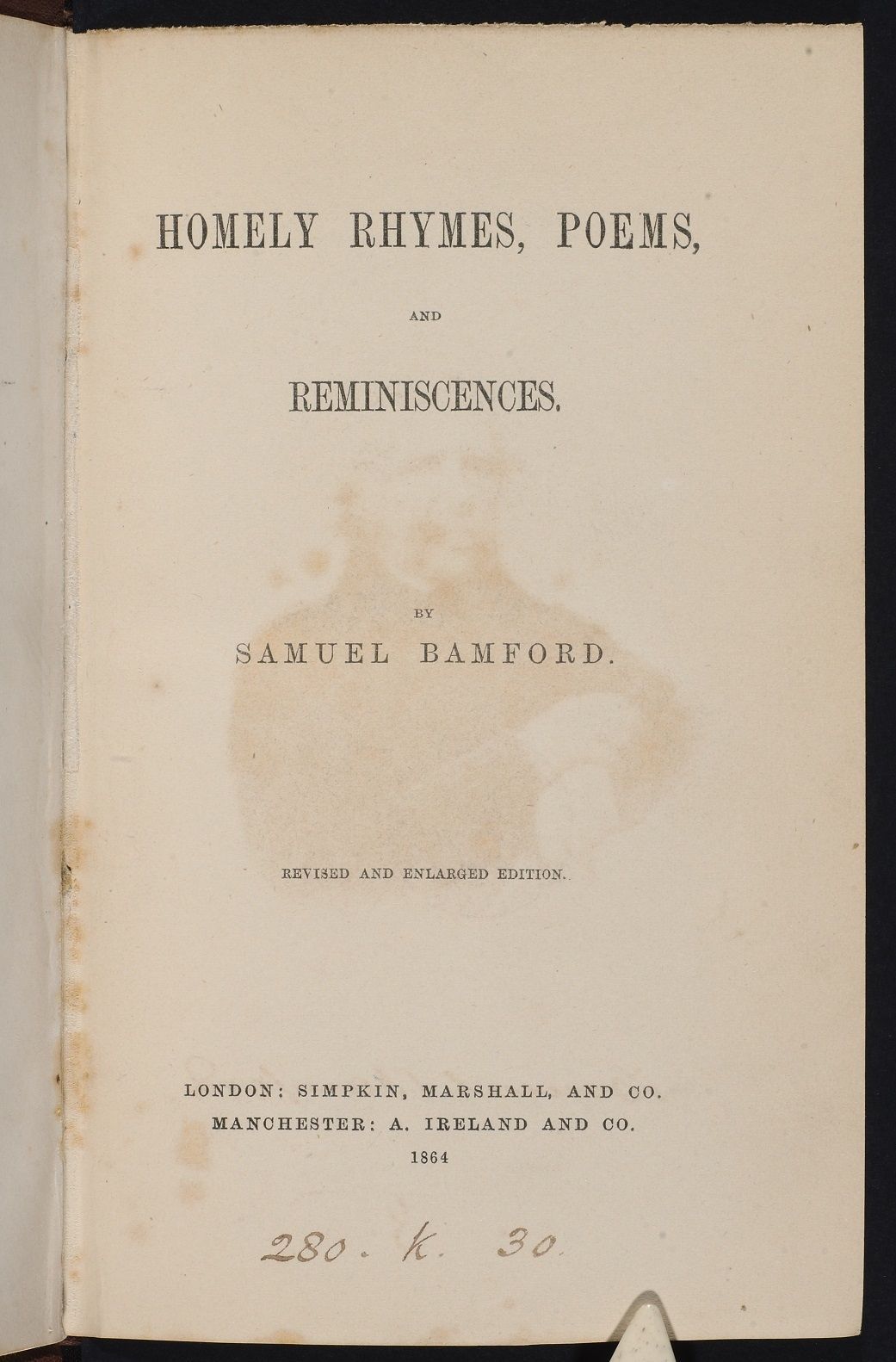 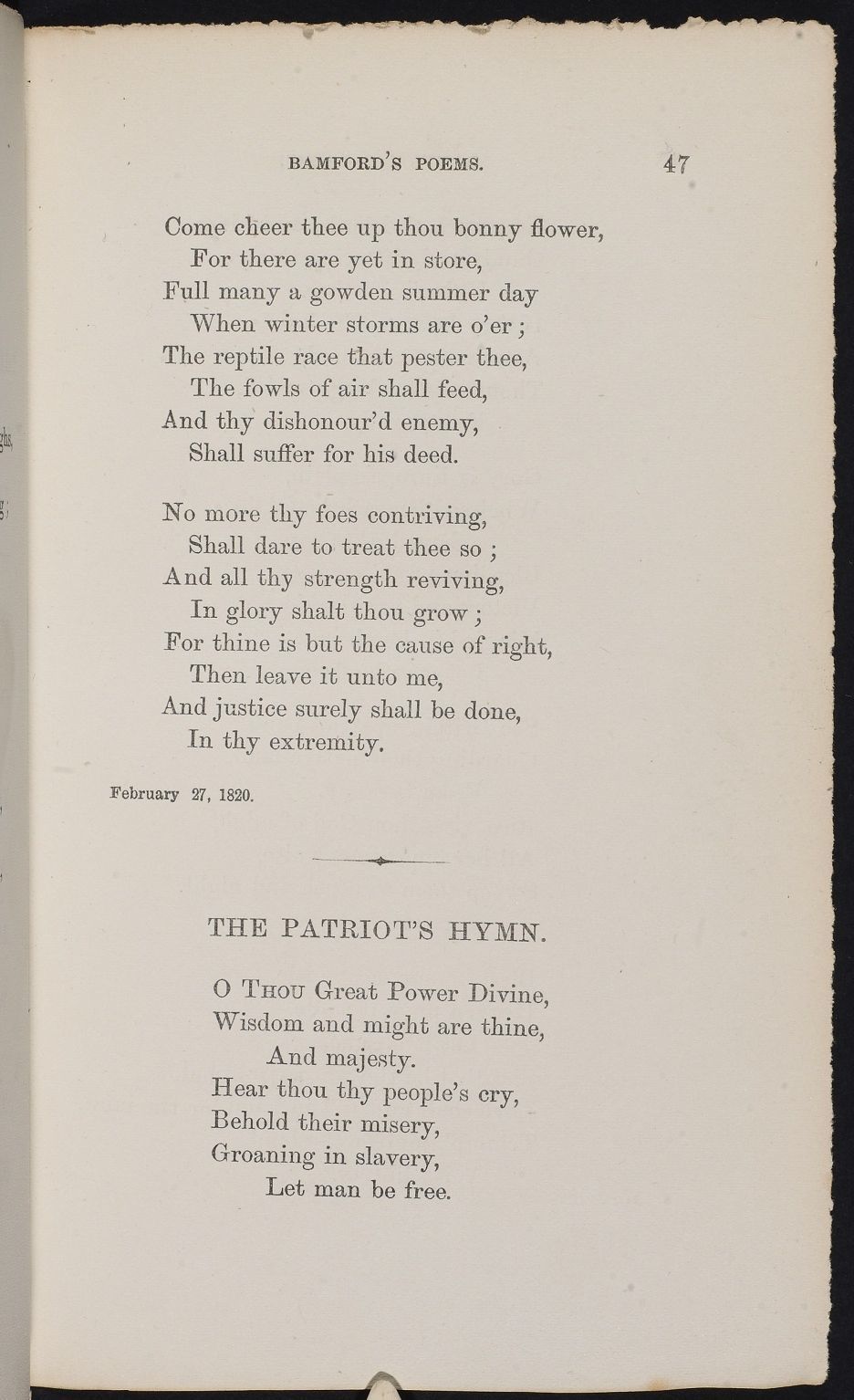 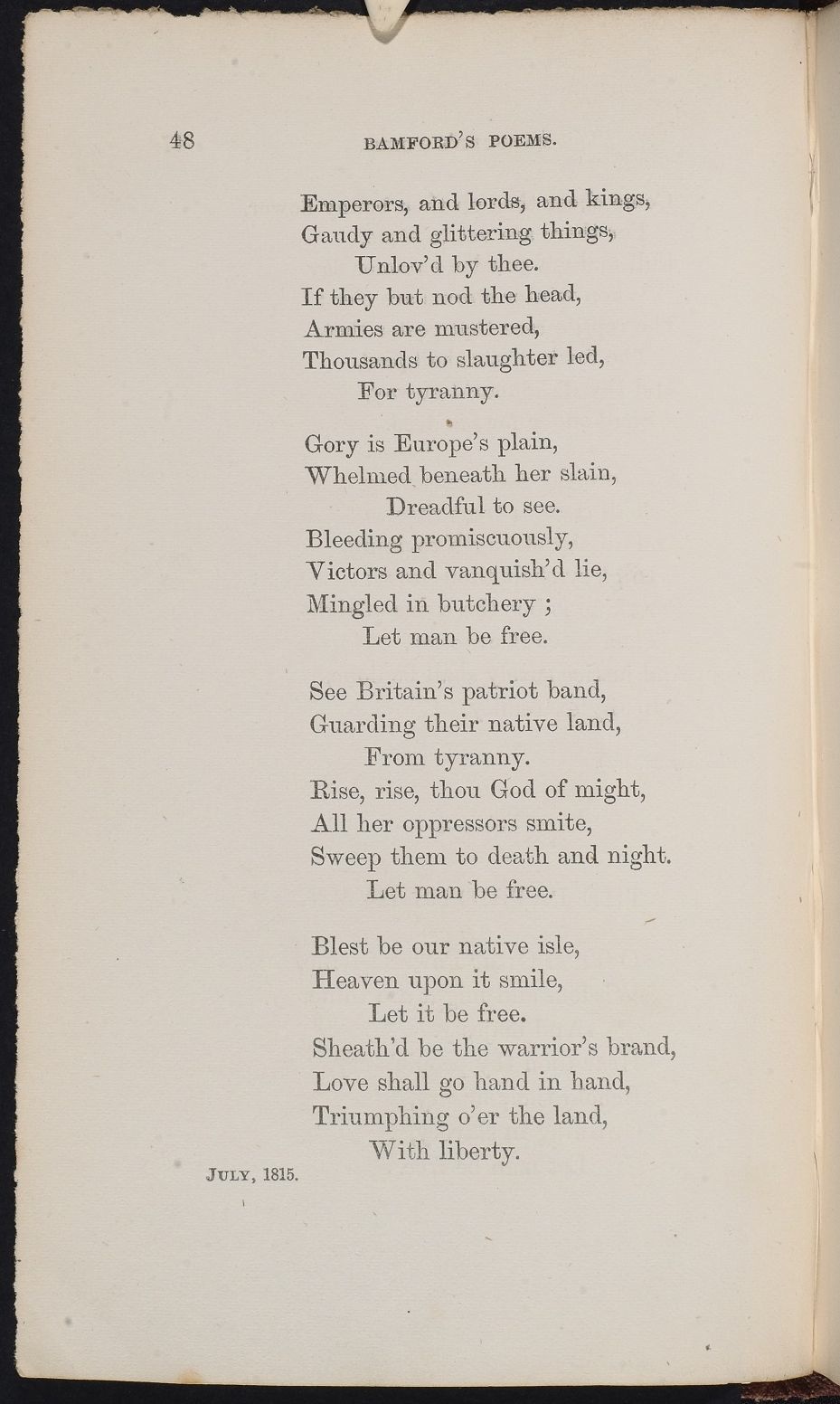 Samuel Bamford's Parody of 'God Save the King'

Lancashire weaver boy Samuel Bamford, later famed as a social reformer, was just seventeen when he heard the news of Waterloo – but already a seasoned poet. This song, ‘The Patriot’s Hymn’, was perhaps his most influential composition: his comrades sung it at meetings, in prison, and on the march to St Peter’s Fields on the day of Peterloo, four years later.

Most topical songs at the time were parodies – but a lyric was charged with especial political potency when the tune it subverted was ‘God Save The King’. Bamford subtitled this song as having been written on hearing the news of Waterloo – in another poem, he characterised it as the day when ‘freedom fell by Englishmen’. Its impassioned, strident lines (for full text, see 'Further Information'), calling for freedom and liberty, represent a real heart’s cry: there is no humour here in the use of the tune, only anger and resolve.

Verse three in particular is a visceral response to the battle. ‘Bleeding promiscuously, / Victors and vanquish’d lie, / Mingled in butchery’. Bamford’s Christian radicalism is here to the fore, and the lines conjure up a battle won by tyrants at the expense of a fraternity of man. Sung en masse, it still has the power to stir.

O Thou Great Power Divine,
Wisdom and might are thine,
And majesty.
Hear thou thy people's cry,
Behold their misery,
Groaning in slavery,
Let man be free.

Emperors, and lords, and kings,
Gaudy and glittering things,
Unlov'd by thee.
If they but nod the head,
Armies are mustered,
Thousands to slaughter led,
For tyranny.

See Britain's patriot band,
Guarding their native land,
From tyranny.
Rise, rise, thou God of might,
All her oppressors smite,
Sweep them to death and night.
Let man be free.

Blest be our native isle
Heaven upon it smile,
Let it be free.
Sheath'd be the warrior's brand,
Love shall go hand in hand,
Triumphing o'er the land,
With liberty.